AgroSpeCom is fighting against the deadliest creatures on Earth! 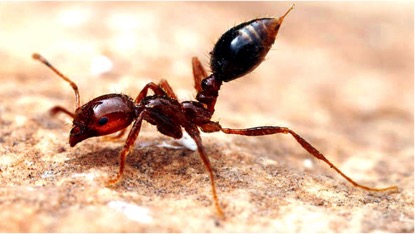 Cnet.com has recently released the ranking of the 24 deadliest creatures on Earth. The list proves why AgroSpeCom is fighting on daily basis against 9 of them!
Go through the list with us to experience the threats and challenges our men confront in remote locations, silos, houses, rivers and lakes around Greece!
Here is one of our fighters dressed for the combat. 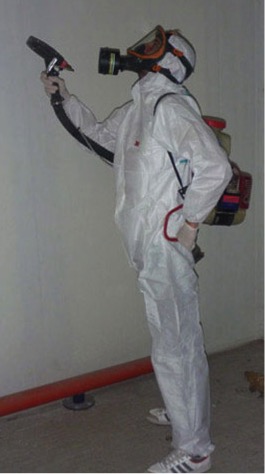 On number 19 of the list we find the Fire Ants. They are responsible for killing 30 people per year. Fire ants are dangerous for three reasons: They rush their victims in great numbers, they bite the skin of their victims to get a strong hold and then they inject toxic venom. These ants are mainly found in the United States, Australia, China and Taiwan and not really in Greece.

Number 10: Tapeworms are responsible for killing 2,000 people per year
A tapeworm usually makes its way into a human host through food or water contaminated with eggs. People may go years with no symptoms before the infection suddenly becomes serious. Humans are subject to infection by several species of tapeworms if they eat undercooked meat and fish (Taenia solium). Tapeworms are found in Greece with Echinococcus being the most common. 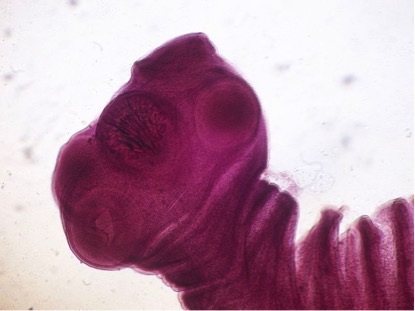 On number 9 of the 24-deadliest we find Ascaris Roundworms, responsible for the kill of 2,500 people per year globally.
These parasites have tiny eggs easily transferred from contaminated dirt into human mouths. The roundworm takes up residence in the small intestine and can interfere with nutritional uptake, cause tissue reactions and even lead to intestinal blockage as the worms grow larger. Ascaris are mainly affecting people in sub-Saharan Africa, Latin America and Asia. 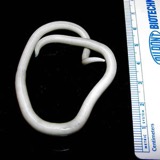 On number 8 of the list we find the Scorpion. Scorpions are responsible for killing 3,250 people yearly. Scorpions are found in Greece and particularly like to hide between stones. However only two kinds of scorpions have venom potent enough to kill a human being: the Israeli deathstalker and the Brazilian yellow scorpion. Both lethal species are not found in Greece. 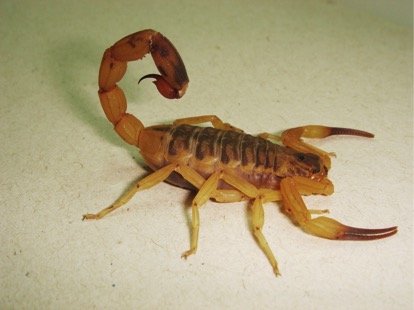 We find 3 creatures on a tie at number 7:

Number 7: Freshwater Snails, killing 10,000 people per year
It’s a three-way tie for seventh place on this list of fearsome fauna. Freshwater snails release the parasite that causes schistosomiasis in tropical and subtropical freshwater. Schistosomiasis causes all sorts of problems, from rashes and digestive problems to infertility and bladder cancer. 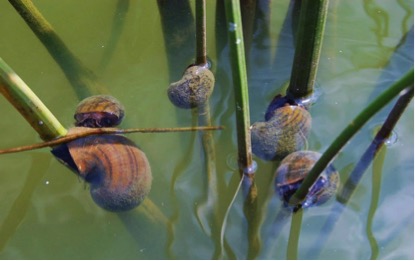 Assassin Bugs are also on number 7, killing 10,000 people per year.
The assassin bug transmits a dangerous parasite through its feces. The parasite, which causes a condition known as Chagas disease, immediately unleashes acute symptoms which can include severe swelling of the heart or brain. 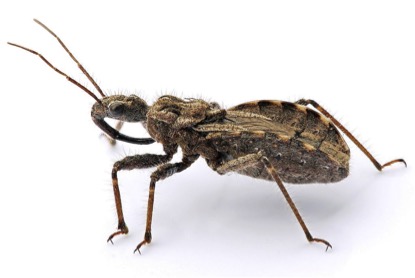 Also on number 7: Tsetse Flies killing 10,000 people per year. These flies are found in Africa between the Sahara and Kalahari Deserts. African sleeping sickness is caused by a parasite transmitted by the tsetse fly. There is a treatment for the parasite, but because the disease primarily infects those in rural areas, proper treatment can be hard to find. Death will eventually occur after several years of infection. 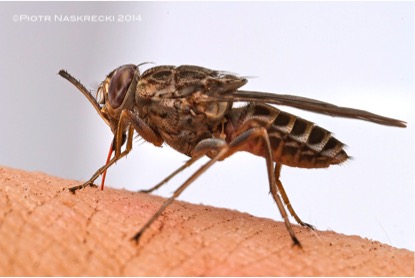 Snakes rank at number 3 killing 50,000 people per year
Many venomous snakes are found in the world but only 7 in Greece. Among these, 5 snakes of the Viperidae family are the real threat. Most snake envenomings and fatalities occur in South Asia, Southeast Asia, and sub-Saharan Africa, with India reporting the most snakebite deaths of any country. On the Indian subcontinent, almost all snakebite deaths have traditionally been attributed to the Big Four, consisting of the Russell’s viper, Indian cobra, saw-scaled viper, and the common krait. 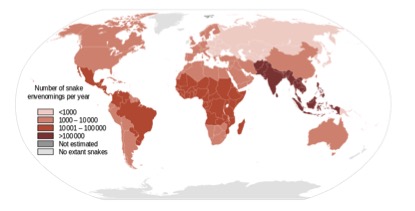 Photo 9: distribution of venomous snake bytes in the world

On number 1 of the list we find the mosquitoes. They are responsible for killing 1 million people per year. Mosquitoes are a real problem in Greece and the word malaria (elonosia in Greek) is pronounced very often on the news. Serious efforts are made by Life Conops (http://www.conops.gr/mms/) and the local authorities to monitor and fight mosquitoes in Greece. 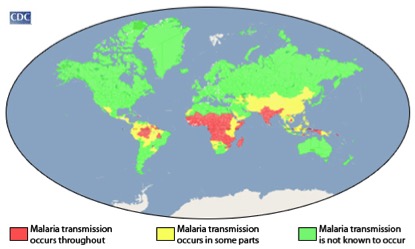 Photo 10: malaria countries as declared by WHO

To read all the 24-ranking and find out why sharks are only at number 23, visit this: https://www.cnet.com/pictures/the-24-deadliest-animals-on-earth-ranked/24/

Adjustments to the original article made by Vasilis Sotiroudas